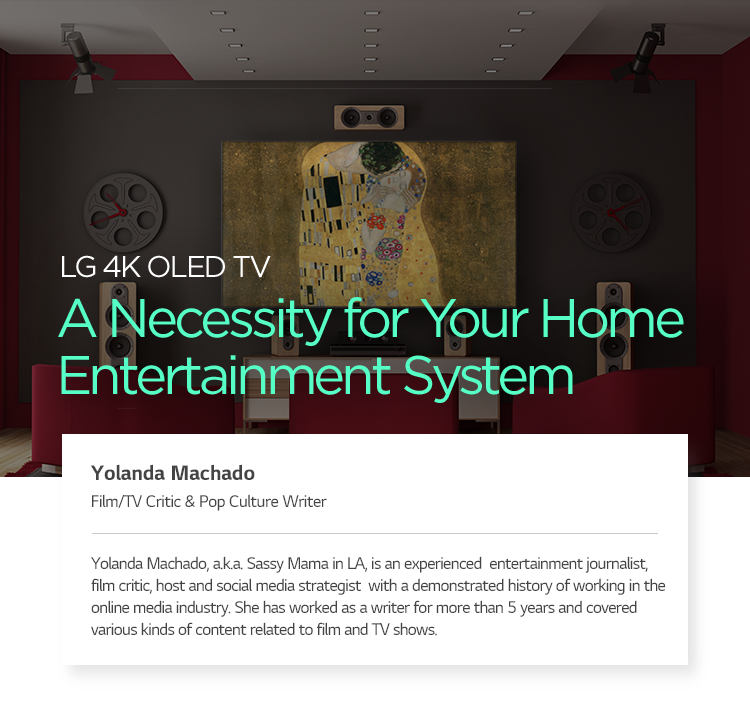 As everything is moving towards more accessible, streaming options for consumers to watch quality films and TV shows at home, the kind of TV you have as part of your home entertainment system matters more now than ever before. The fact is, as technology has advanced in the entertainment industry, the TVs of the past (and by past, I mean more than a couple years old) just aren’t going to cut it for a worthwhile viewing experience. Watching the hit HBO show “Chernobyl” doesn’t have the same effect if the picture quality is subpar; neither is watching an anticipated show like FX’s “Pose” because while it doesn’t rely on heavy graphics, the colors and the sounds need to be crisp and vibrant to really put you in the story. Enter the OLED TV.

As someone who considers themselves a cinephile, TV quality means a lot to me. Whether I am watching something on Netflix, Blu-ray, or just on cable TV, picture quality, sound, and the look of the television really do matter to me. My husband considers himself more of a casual viewer but even for him, a difference in the quality can make him either give a series or movie consideration to watch or not. The OLED TV makes sure that television watchers of all kinds have their needs met by making sure their product is the best—no matter what. Here’s just a few of the best reasons to consider the OLED TV for your home entertainment needs.

The LG 4K OLED TV is so thin, that when I held up my Samsung S8 next to it, my S8 was thicker than the screen…which is crazy! It’s about 2.57mm in thickness, and for those of you who hate doing the math, that’s less than 1/10th of an inch. The OLED is an immersive screen with a life display that follows a wallpaper concept which means whether it’s mounted to your wall, or on a stand, it is designed to look as if it was a picture on your wall. Just like some of your most precious mementos and photos, a TV screen should mold into the look of your home theater and the wallpaper aesthetic is perfect because it allows you to consume media as it’s meant to be—like a piece of art.

Of course, when considering buying a television for your home theater, getting the absolute best picture quality is what will seal the deal. While the OLED TV already has an eye-catching look and superior sound quality, it’s picture quality ranks among the best thanks to its “perfect blacks”, the color contrast in the screen, and wide viewing angle. I went into some detail of the perfect blacks offering when talking about some of my favorite films to watch on the OLED TV, but what perfect blacks does, in addition to really making colors come alive, is it also boosts a 3D effect of 2D images. The on-screen picture literally takes on a lifelike appearance, and you have to hold back from reaching out and grabbing something on screen because it just looks that real. The high perceived contrast of the screen also allows a sharpness unlike any you’ve seen before. OLED delivers vivid and accurate color as it has superiority with color contrast and it maintains constant picture quality from off-viewing, even when sitting at side angles to the television itself.

The truth is, I can probably go on and on about all the ways the OLED TV features make it the perfect match for your media watching needs. My viewing experience was definitely heightened when I watched some of my favorite films and I fondly remarked how cool it would be to play video games with my daughter on a set so vivid, or watch football with friends on any upcoming Sunday. With any other television, viewing would be just OK, but the OLED TV makes everything you watch an experience to remember. 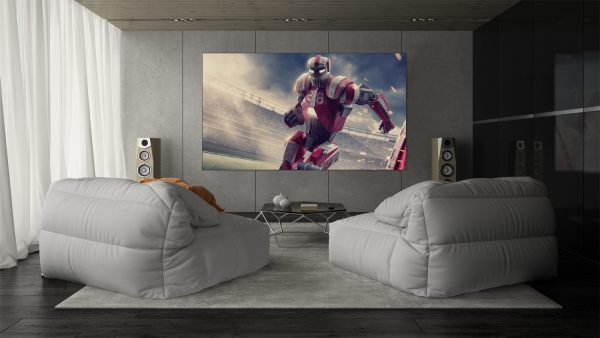 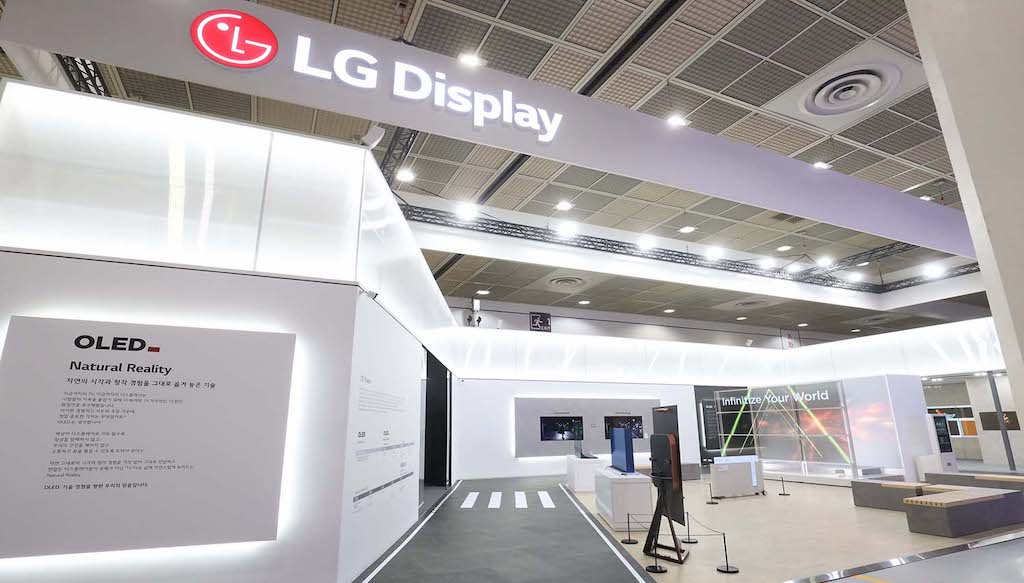 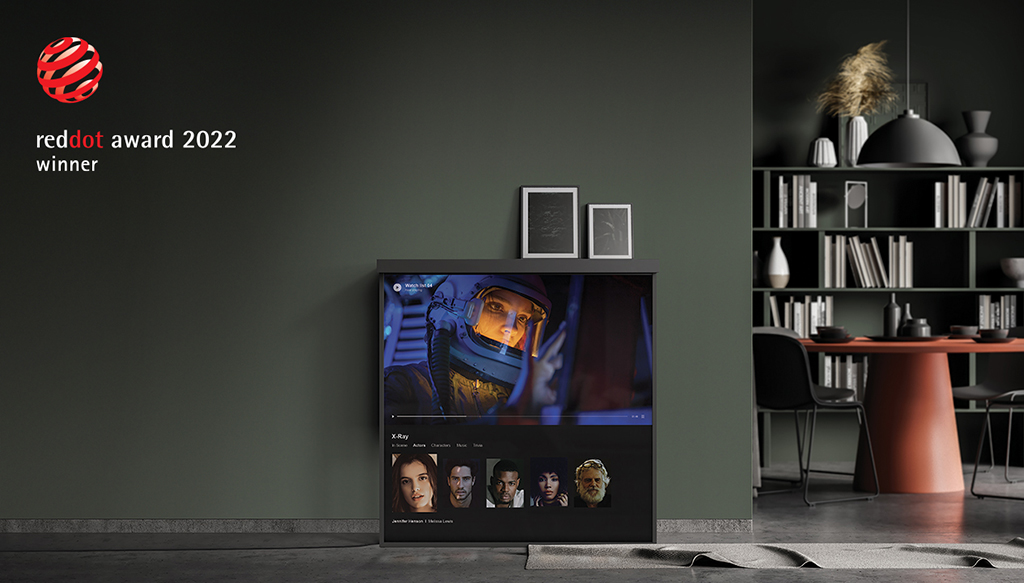 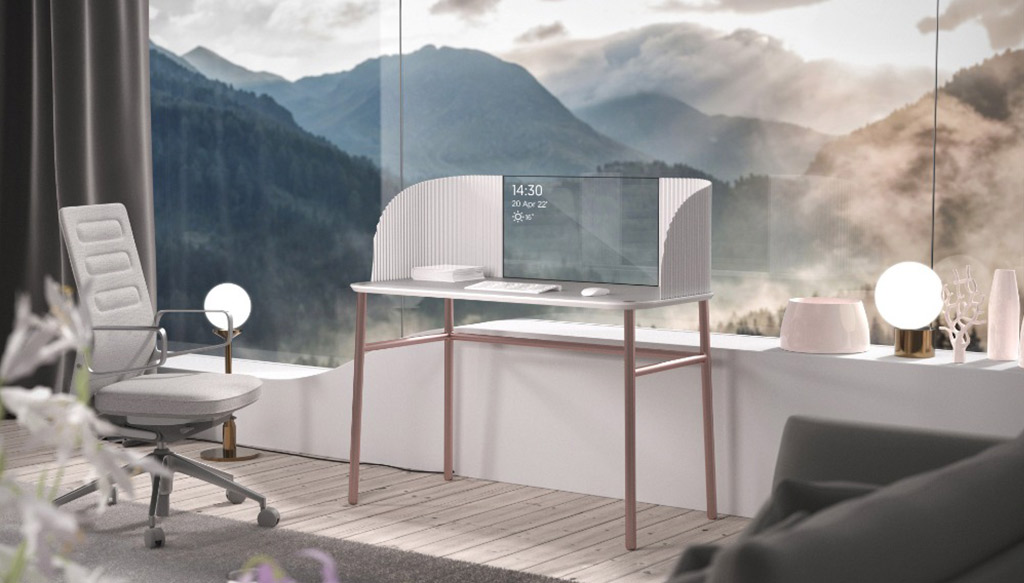